Which Marine Battery Technology is Best For a Boat?

Before I start by briefly describing the three technologies of boat batteries readily available, a word regarding Lithium Ion batteries. While the advances of this technology have been amazing, especially in regards to our cell phones and small and not so small power tools (Milwaukee tools recently came out with a table saw powered by its battery system), their application in the marine sector has, so far, been limited mostly to very custom installations. A quick internet search now yields multiple companies selling Lithium Ion batteries claiming to be ready for marine use. These batteries, with varying construction material(s) and/or process(es) encompassed under the umbrella name “Lithium Ion” can have significantly different installation and charging requirements. Before installing any such “Lithium Ion” technology, a potentially exhaustive amount of due diligence beforehand by a professional is strongly advised. Therefore, “Lithium Ion” technology batteries can not adequately be summarized the way the following three types of batteries are.

First, there is the traditional lead acid type (flooded cell). This type of battery was invented in 1859 by a French physicist named Gaston Plante. It is the basis for all three types of batteries discussed, as it uses lead in combination with sulfuric acid to produce power. Second, is the AGM, or Absorbed Glass Mat. It was developed by Concorde Aircraft Battery in the late 1980's in San Bernadino, California. A vast improvement, AGM batteries utilize very thin glass fibers that hold acid in place around the lead by way of capillary action. The construction techniques and materials used also allow a more pure form of lead to be used due to the fact that the lead does not have to support itself as in a traditional lead acid battery. Last, is the Gel battery. It was developed sometime in the 1970's and uses a silica mixed with the electrolyte to provide a non-spill "gel". It also is able to use a more pure form of lead due to construction techniques.

There are many ways to measure a battery against another type, size, or composition. Some of the more popular are CCA's (cold cranking amps), Reserve minutes, and Ah (amp hours). CCA's are the available cranking amps at 0 degrees Fahrenheit. Reserve minutes are the number of minutes a battery can sustain a 25 amp load before dropping to 10.5 volts. Ah is a number that represents the amount of total energy available at a constant rate of discharge for 20 hours before dropping to 10.5 volts. A battery that can sustain a 5 amp draw for 20 hours would be rated as having 100 Ah.

Most boats in size ranges from 12' to about 60' use batteries for more than one purpose. There are exceptions, of course, and those exceptions should be addressed according to the individual need and application. The "dual purpose" I am speaking of usually relates to starting an engine or engines and also supplying power for a variety of "house" loads such as lights, electronics, pumps, etc. It is this fact that makes it important to focus on Ah as our more important rating regarding battery selection. We will get to the other pros and cons of battery type later. Ah (amp hours) are basically a fuel gauge for your battery. They are the best measurement for the total capacity of the battery, much like your boat which carries 450 gallons of fuel. More fuel equals more range. More Ah equals more capacity, the longer you can go without charging, or in some cases with minimal charging.

Traditional lead acid batteries come is several different types, starting, dual purpose, and deep cycle. The starting batteries are just that, designed exclusively for starting. You usually can't even find an Ah rating, because they are engineered strictly for starting the engine, then immediately being charged with a very capable alternator. Dual purpose batteries are a compromise between starting and deep cycle allowing good CCA's but still having additional lead and engineering to accomplish the demands of the "house" loads mentioned earlier. Deep cycle are designed exclusively for charge/discharge applications like a trolling motor or bow/stern thruster where the batteries may be completely exhausted, then recharged. The largest inherent downside to traditional lead acid batteries, antiquated technology aside, is the acid. "Gassing" while charging is normal, which causes acid liquid and vapor (which is explosive) to be dispelled from the battery to the surrounding area. I have met two men who had a battery explode while working due to that very condition when a spark was inadvertently introduced into the equation. They both have permanent scarring from the experience. Theoretically, the liquid acid and vapor should be minimal, but having changed enough of this type of battery, I can assure you it's not. The acid is not forgiving to other components in the boats, and promotes corrosion. With that "gassing" comes the necessity to top off these batteries with distilled water, usually once a month. This can be quite a chore depending on the location of the batteries and the connections to them giving adequate access to the fill/vent caps. An exception are the "maintenance free" type batteries which have vent caps which are supposed to reclaim the water rather than let it evaporate. While some work marginally, usually you end up with a battery that has let the lead become exposed (not wet), which destroys the battery.

AGM batteries are designed to be a dual purpose battery. They typically have the highest Ah rating when compared in size to any other technology. The CCA's are not usually as high as a dedicated starting battery, but are still good. I also tend to believe that due to there inherent durability, better construction, and superior construction materials, that they will maintain a higher average CCA number than a starting battery over the long haul. Remember, a battery is going to give it's best performance when brand new- as it ages and cycles, it's performance will diminish. Other benefits of the AGM batteries are it's adaptability to different charging system types/rates, and normally sealed leak and vapor proof construction (In extreme/abnormal conditions it has safety valves which can vent). AGM batteries also use the glass (essentially fiberglass) inside them to support the lead, which gives them superior vibration resistance. The only real downside to AGM batteries is the initial cost, but they have a longer warranty which offsets that to a degree. They are also heavier than other technologies, which may or may not be an issue for an application.

Gel batteries are purpose built to be deep cycle. They do not have the CCA's of either of the other technologies, and the Ah is usually very close and sometimes less than that of the AGM when compared size for size. The cost is highest, but close to that of the AGM's. Gel batteries are designed to be fully discharged and recharged without damage to the battery. There is a catch, which is not well noted by many in the industry. Gel batteries require there own special charging schedule. With each battery type, there is a preferred charging cycle, which usually consists of three or four phases. If the charger is not designed or set to charge gel batteries, it will cook them, for lack of a better word. Gel batteries are sensitive to the higher voltages of charging systems not specifically designed for them, and significant performance loss will occur if they are charged with the charging schedule for either the flooded battery or the AGM. While AGM's and flooded batteries prefer their own special schedule, they will perform well if interchanged. Another very important consideration is the engine driven alternator's charging characteristics. Unless specially regulated (which requires modification or external regulation), the voltage put out is just simply too high for Gel batteries. There are some newer batteries in the market that claim their gel batteries don't have this limitation, but they are new, and the physical nature and composition of the battery dictates otherwise. Perhaps they have re-engineered that battery.

Hands down, without question, the best battery you can use for most applications (dual purpose) on your boat is an AGM, or Absorbed Glass Mat. While not a cure-all, it fits the bill for a majority of applications due to the fact that most boats utilize batteries for more than one purpose, and many have more than one type of charging for their battery banks. An exception to this would be, as mentioned, a purely deep cycle application where only one type of specifically designed charging was used. The benefits of the AGM over even the slightly larger CCA's of a starting type of the traditional lead acid battery are just too hard to ignore. Safety, durability, capacity, longevity, warranty, the AGM has it all. 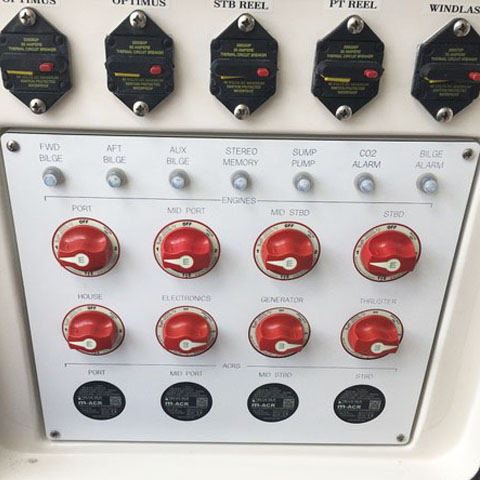 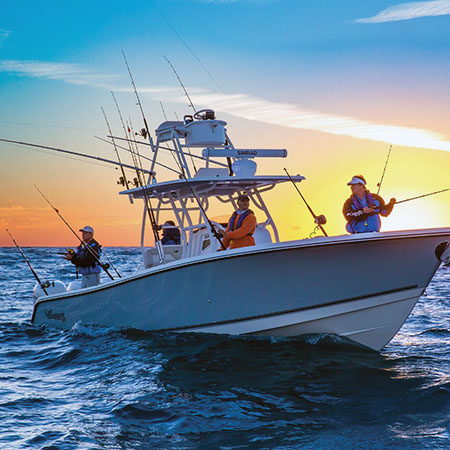